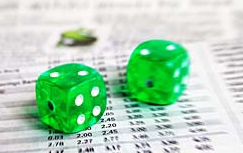 The whole concept of hard money loans just sounds risky, doesn't it? After all, you're dealing with borrowers that usually come to you because they can't get a bank loan, and if a bank won't work with them, they must be a bad risk. While there's a kernel of truth in this argument, it also ignores a larger truth.

Hard money loans don't have anything to do with risky buyers or risky properties. They're just a loan that is made in a non-traditional way and that, sometimes, has non-traditional collateral. In and of themselves, they're no riskier than any other loan. Furthermore, if you make them the right way, they can actually be safer than other loans.

Traditional lenders turn borrowers away because they fail to meet a rigid set of criteria. While the criteria are developed to keep unqualified borrowers from getting loans, highly qualified borrowers frequently fall through the cracks. While many of those unqualified borrowers turn to hard money lenders, other people who are qualified but fall through the cracks also do. For example, if nine years ago, a borrower with 760 credit lost his job and health insurance and had $250,000 in medical bills from unexpected heart surgery and filed bankruptcy, a bank would probably turn him down since the bankruptcy would still be on his credit report. Even if he's been financially responsible for the last nine years, his only option might be hard money loans.

Hard money lenders frequently come into play on non-traditional loans. In a tight lending environment, many loans that would normally be considered safe won't pass muster with a bank or mortgage company. For example, investors looking to buy distressed homes as a discount, fix them up and resell them frequently can't find a bank loan, even if the property has significant upside. Making hard money loans on these types of properties is a relatively safe investment.

Correctly underwritten hard money loans should be safer than traditional ones. Hard money lenders are in a position of power since the borrower is coming to them knowing that he or she doesn't have another option. Because of this, the lender can demand terms that reduce his risk. For instance, if banks make loans at 75 to 80 percent LTV ratios, hard money lenders could require 30 to 40 percent down because the borrower has no other option.