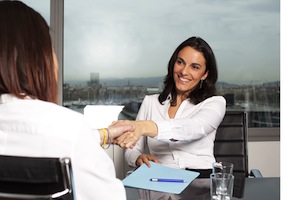 A California hard money lender has a slightly different approach to issuing loans than other sources of debt capital. Understanding what a typical private lender wants can help you to not only send the right deals their way, but also to better package what assets you send to them.

More than anything else, a typical California hard money lender cares most about getting his or her money back. While this might seem obvious, it actually isn't. Think about a bank lender that offers a low money down residential mortgage at a 97 percent loan to value ratio. That loan is usually made based on the borrower's ability to repay the loan at the time of the application. If he loses his job, though, he could end up defaulting on the loan and the lender could end up having to sell the property at a loss. After all, the house won't pay the mortgage.

With this in mind, here are the three factors that a California hard money lender will look for:

A Sizable Down Payment and Equity Position

Most hard money lenders look for large down payments and for relatively low loan-to-value ratios. With a sizable equity investment, the lender is protected in two ways. First, they know that you stand to lose a great deal of your own money if you don't pay off the loan. Second, they know that the property has enough equity that the loan will get paid off in a foreclosure, if need be.

A Borrower with Motivation to Repay

Generally, a California hard money lender won't want to foreclose. Instead, they want you to repay your loan so that they can turn around and lend the money to someone else. To that end, the lender looks at your down payment and at your proposed transaction as well as your exit strategy.

A Borrower with the Capability to Repay the Loan

Finally, lenders look at your ability to repay. Unlike a bank, though, they aren't always dependent on your credit score. Sometimes, a California hard money lender will decline a borrower with a high score and approve one with a low score. What usually matters to the lender is what you can do from this point forward, instead of what you've done in the past.