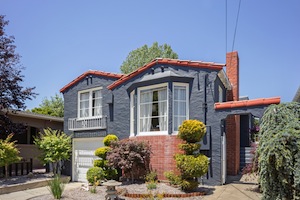 Real estate investment can be scary, especially when people start throwing around the phrase hard money. While it might sound like something out of a heist movie, the kind where the heroes need to make a big score or get their kneecaps broken by a bad guy in a pinstripe suit, hard money loans are actually fairly common when it comes to real estate investing.

So what are hard money loans? They are, in short, loans given by individuals or small groups of investors instead of by a bank or traditional lending institution. Despite that simple definition, though, there are still a lot of myths about hard money loans.

Myth #5: Only the Desperate Seek Out Hard Money Loans

One of the most difficult myths to dispel is that anyone who goes outside the traditional lending structure (banks, for the most part) must be desperate for a loan. This is the furthest thing from the truth, since most of the people who seek out hard money loans are smart business people who would rather work with an individual investor on a project than deal with a huge lending institution.

Myth #3: Hard Money Loans Are More Expensive Than Traditional Ones

You get what you pay for when it comes to financing. If you need to get money in the next two days so you can acquire and flip a property for a huge profit, then time is of the essence. If a traditional lender can't get you the money in the time frame you need, then it simply isn't a valid option.

Hard money loans provide flexibility, but their costs are also affected by the loan in question, the profit to be made, and the laws of supply and demand. All of that said, the interest rate on a hard money loan can sometimes be higher than a traditional loan, but they are also usually shorter term and can close quickly. Time is money in investment real estate, so when you look at the big picture, a hard money loan is usually more cost effective than a traditional loan.

Hard money loans are given by an individual, which means that the rules will change from one lender to another. Generally speaking, hard money loans have different restrictions put on them than consumer loans. This is for a specific reason; the lender is looking out for the investment. Lenders and borrowers are encouraged to negotiate until they reach terms they feel they can work under, which is often not the case for banks and other traditional lenders.

Perhaps the biggest myth when it comes to hard money loans is that you can't also have soft money loans (the more typical sort you get from the bank). There are no rules that say this, and often those who need as much financing as they can get will draw from multiple sources to make sure they have enough capital to get the project done. 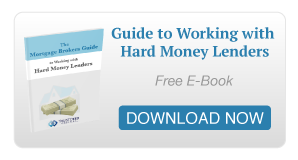