The History Behind Fix and Flip Financing 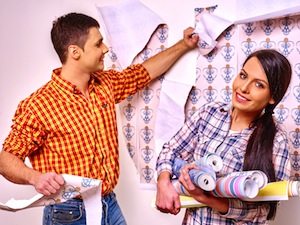 Gone are the "good ole days" when the loan business was easy to understand. Regulations limited the number and types of loans and the businesses who made them. Unless they had rich relatives, borrowers depended primarily on banks or the government for loans.

These days, however, the world of credit seems as wide open as the mid-state prairies. Confusion reigns with so many terms and types of credit available.

After World War II ended and the service men and women returned from overseas, the need for housing exploded along with the need for more material goods such as cars and clothing. The booming economy led to an ease in the restrictions on mortgages and general credit. With deregulation, the 1950s saw the first credit card and other loans originating from non-institutional lenders in the private sector.

The term "hard money" came into being at this time. Hard money represented that which came specifically from private lenders. These loans got the name hard money because they featured higher, sometimes harsh, interest rates, more points and lower loan to value ratio or LTV. In other words, hard money was more expensive to borrow.

On the other hand, residential hard money loans did not require a borrower's good credit rating or even proof of income. Like a deed loan, they were based strictly on an asset, usually a piece of property. Real estate investors were the primary lenders as well as users of this money. They would find a "fixer-upper" or distressed house, and with residential hard money loans buy it at a much-reduced price, do the necessary fixing, then resell the house within a few months at a much higher and profitable price.

Credit setbacks occurred in the 70s and 80s when both lenders and borrowers overextended and created a serious downturn in the economy. The problems led to a slow-down in new residential construction due to little or no institutional money for lending and a record number of foreclosures.

Since 2008, the housing market is making a gradual comeback, especially in the rehab and rental market. Initially people bought homes in need of repair and fixed them. This time, however, they held the mortgages and rented instead of selling. With the continued upswing in the economy, homes started to sell again and, once again, investors looked at fast turn-around profits. "Remodel and sell" loans changed to "fix & flip", a catchier term coined by a popular TV show demonstrating people in the act of buying, fixing, and selling houses.

Now, many people are getting into the act, including lenders as well as borrowers. A lot of companies and lenders want to offer Fix and Flip loans. Some appear to make "hard money" look easy to get. The history behind fix and flip financing shows, however, that borrowing always brings risk. Don't make the mistakes others have made in the past. Make sure you get the money you need from an experienced company. We have that experience. We know how to get the right loan for you to maximize your profits. Contact us and get started on your next fix and flip venture.